Todd Morris started at UMS-Wright in the Spring of 1994 as a Substitute Teacher and Lower School teachers aid. He then moved to the Middle School where he taught 6th grade Math and Keyboarding. Next he continued onto the Upper School where he taught accounting. In 1998 Todd began his Independent School Business Office career as the Business Manager. In 2010 he became the Finance Director. Other positions Todd has held are Technology director, Assistant Football coach and Head Coach. Todd earned his Bachelors degree from University of Dayton in 1987, his teaching certification from University of Dayton in 1989 and this MBA from University of South Alabama. Todd and his wife, Sandy will be celebrating 25 years in July. They have two daughters, Sarah and Kate. Todd enjoy playing golf, being “The Voice” of the bulldogs – as play-by-play announcer for the radio network every Friday. They love walking their two greyhounds and watching sunsets where they live on Dauphin Island. 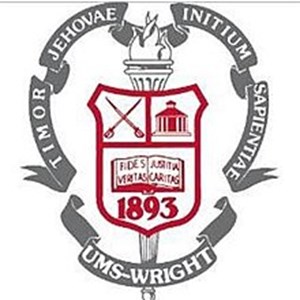